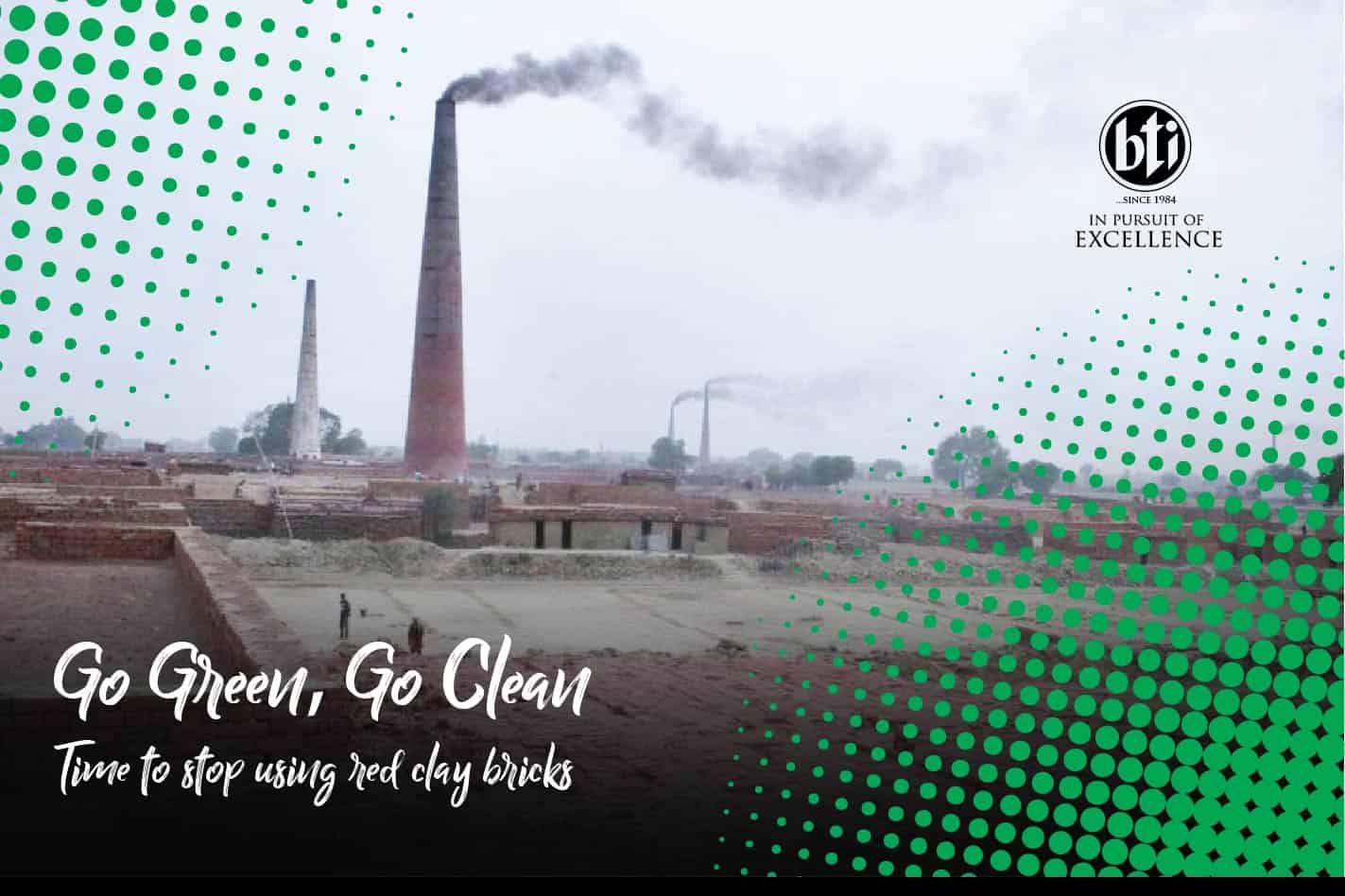 It’s in 2020. Pollution has become a rampant problem, causing difficulty in everyone’s lives. People are finally starting to realize their responsibility towards the environment. All over the world, people are taking measures to combat the issue. The Government of Bangladesh has followed suit and taken a stand against environmental pollution. A decision was taken to shut down 349 illegal brickfields within a span of 15 days. This should have a significant positive effect on the environment as brickfields are known to contribute to 58% of the air pollution in Dhaka. It’s high time we, as citizens and as individuals, support the government and be a little more environmentally responsible.

For a long time, due to the growth of the real estate industry, the demand for red clay bricks grew amid the infrastructure boom. This gave rise to about 7000 kilns that employ approximately 1 million people who churn out 23 million bricks each year. While the demand hasn’t slowed down due to the steady development of Bangladesh, it’s time we ponder the consequences of clay brick production, before it’s too late.

For those who are unaware, brickfields are where clay bricks are produced. The process itself is the core reason for the polluting our air. Brick kilns are used to make clay bricks, where they are burned in the oven, making them durable. Conventional, coated, clay bricks are formed in any of three methods – soft mud, dry press, or extruded. Depending on the region, either the extruded or soft mud method is the most common, as this is the most cost-effective. For raw materials, the topsoil of arable land is scraped off along with the nutrients of the soil which leaves the land unusable for agriculture. Production also requires 20 tonnes of coal to make 100,000 bricks, consuming a lot of precious energy and fossil fuel, which in turn adds to the pollution.

In dry seasons, when brick production is in full swing, dust and smoke from lumber-and coal-fired furnaces mingle with clouds of emissions from dumpster fires and vehicular exhaust hanging over the city like fog. According to the Journal of Pollution Effects & Control, it has been estimated that 23,300 tonnes of fine particles, 15,500 tonnes of sulfur dioxide, 302,000 tonnes of carbon monoxide, 6,000 tonnes of black carbon and 1.8 million tons of carbon dioxide emissions are released from the clusters of brick kilns, to produce 3.5 billion bricks per year. The unhealthy quality of the air is further degraded by the fine particles that escape with the fumes; these penetrate the lungs and cardiovascular system and cause stroke, heart disease, respiratory problems, and even lung cancer. Before we end up on the statistics of victims of air pollution, we need to take steps necessary for our survival.

Though the situation seems dire, there is a ray of light at the end of the tunnel. Modern construction technology has made significant advancements and given birth to the concept of using concrete blocks, as an alternative to clay bricks. The production process is entirely machine-made and does not require burning the raw materials which are readily available e.g. dense cement concrete block made by mixing cement, pea gravel, stone dust, coarse sands, and fine sands. They are a much better option durability and strength-wise, are versatile, environmentally friendly and more cost-effective than clay bricks. More features like thermal and energy efficiency, low water retention and sound dampening properties make concrete blocks the perfect and more responsible alternative for burnt clay bricks.

This way we do not need to compromise the growth of the infrastructure development and can leave our future generations a healthier environment at the same time. Because at the end of the day, this planet is ours and we are the ones who have to protect it.